Friendly and curious described Marco. It wasn’t long before he was interested in the halter and lead shank when we would put it on his mom. We would let the rope drape over his back or over his nose when he was standing beside her. 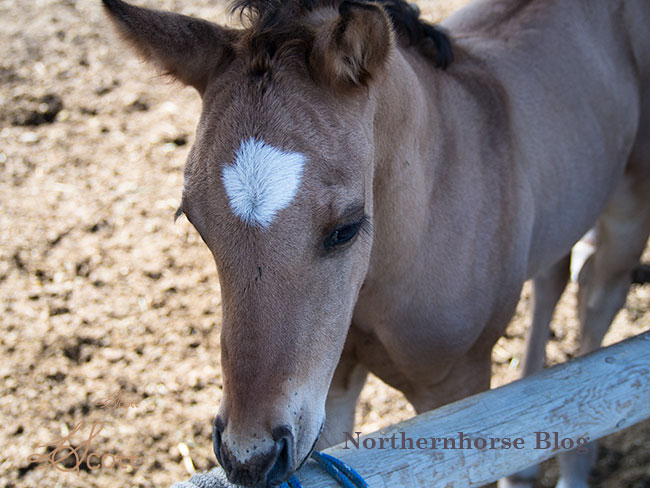 One day we left the rope hanging over the fence (with the intention of getting Marco’s interest and maybe starting his halter training). He got Mom to come and check it out just in case

and when she showed no alarm about this new plaything, we were soon saving our rope from sure destruction. 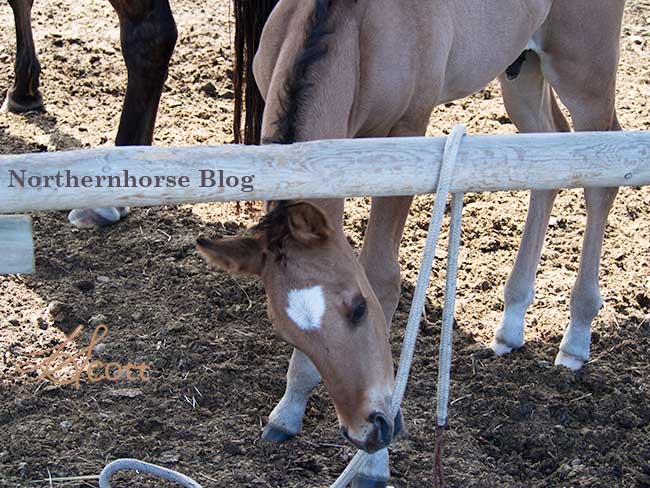 I really don’t like chewed ropes so even when he gave us this cute pose we decided it was time to stop using the rope as a teething ring and move on to learning what it really is for. 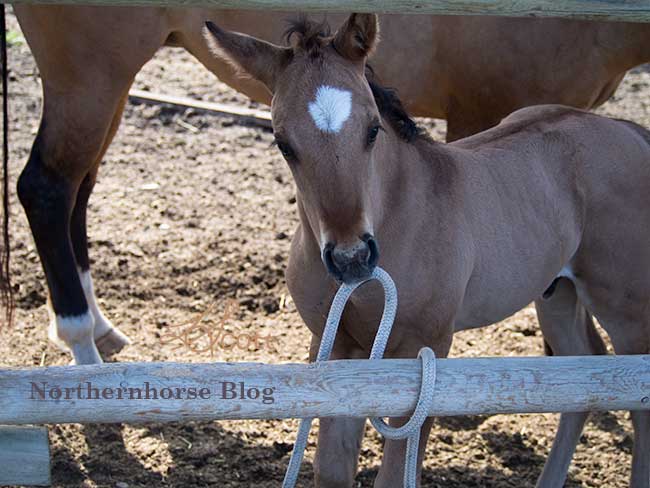 You can see the trepidation in this photo. He had to use all his braveness to stay.

Soon he was more than willing to let me rub it on his face and put it over his nose.

We have been helping him learn to give to pressure every time we handle him. Just a little bit here and there.

We ended the lesson with a very relaxed and still curious colt.

From this point on Marco never refused to have a halter put on. In fact, he became one of those “Pick Me” horses. I didn’t have a photographer when we started actually leading Marco but it was pretty unremarkable. He figured out almost immediately that the pressure on the halter quit as soon as he stepped forward or towards the pull and he seems to think he is quite special when he has a halter on.

We have even more photos of Marco to share. Stay tuned.