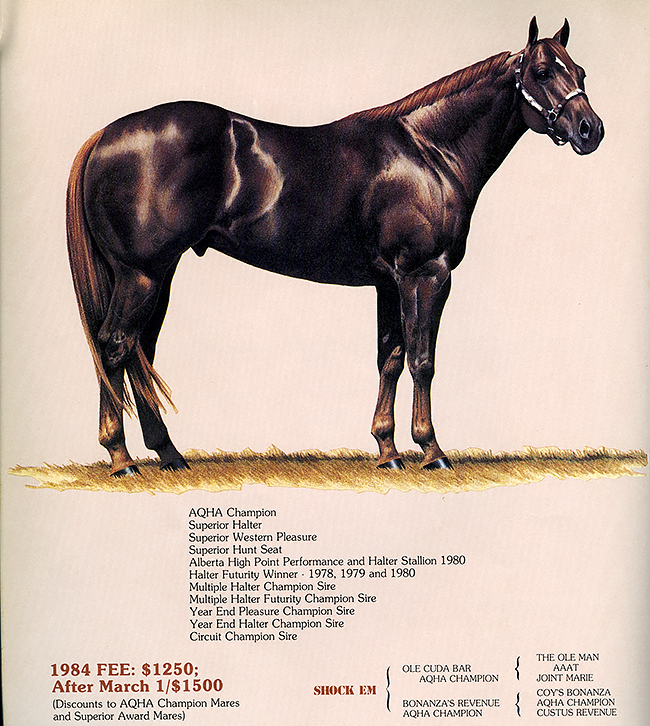 Shock-em was born and bred in Saskatchewan by Jerome Fischer and ended up being owned by Deerwood Farms of Calgary for the rest of his life.  He started his show career by winning the QHAA Halter futurities as a weanling, yearling and again as a two year old.  Later under the guidance of Morgan Lybbert, he went on to earn a Superior in Halter, Western Pleasure and Hunter Under Saddle plus an AQHA Championship.  This was an enviable show record for any horse in any era. END_OF_DOCUMENT_TOKEN_TO_BE_REPLACED

Dale Zukowski’s Bringonthewave is the Canadian champion running horse. The two-year-old gelding by Wave Carver out of the Corona Cartel mare Special Corona won five of six starts during the year. He won the Jerry Stojan Memorial Futurity and Alberta-bred Futurity (RG3) and earned $41,745. He was trained by James Doolin, and ridden by Adrian Gonzalez and Ramero Castillo.

Photo and text text Content provided by AQHA and CQHA.