Eddie is too fat. 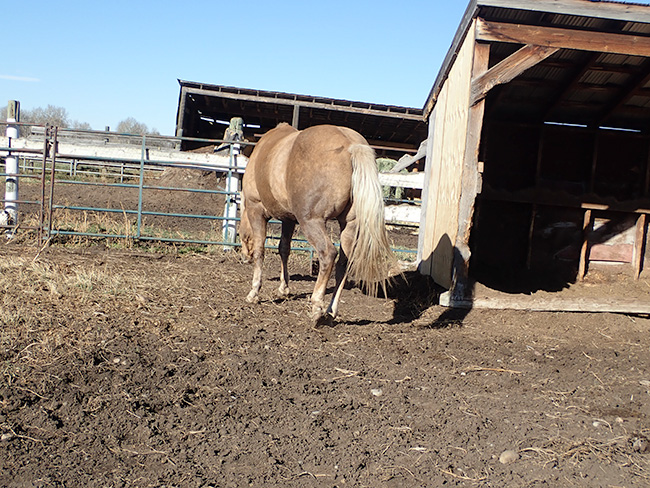 He has been living in the Jenny Craig pen all summer even though he has been my main riding horse. It is true this wasn’t a great summer for horseback riding. Some days were just too hot. Many days were too smoky. Then suddenly it was cold, snowing and windy. Eddie might not be quite so fat if I rode him more.

He used to get more exercise come fall and winter when he got to go out on winter pasture with the herd but he ended that luxury a couple of weeks ago when he decided he was now the boss of the herd and beat hell out of Dreamweaver.

Right about the same time as Dreamweaver came back home (he was gone teaching a young girl to ride with the deal that he would come home to retire) Dave bought a new horse to ride. A mare named Rio. We put them in a paddock out back away from the other horses for a bit. Then let them visit over the fence with the herd. 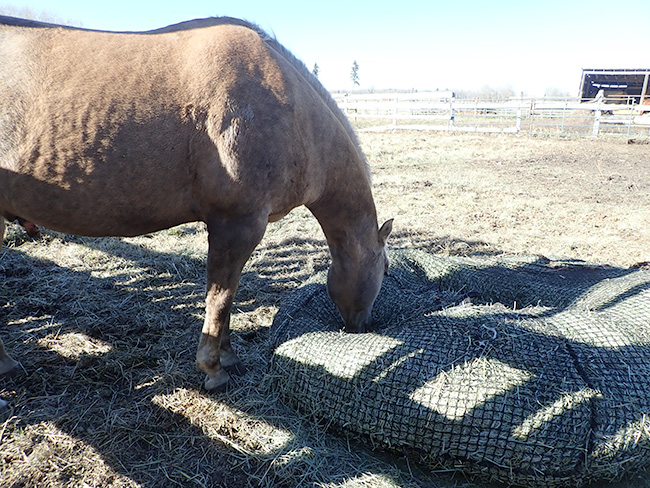 Geldings may be gelded but somehow lots of them still like the mares. To varying degrees they play stallion especially when they get to be high in the pecking order and are living with mares.

Eddie likes to play stallion and Eddie particularly loved the new mare. She was his mare in his mind. But we had her living with Dreamweaver which wasn’t really making Eddie happy.

Then, I accidentally left a gate untied. Went for lunch. When I came back Eddie was with the new mare Rio and Dreamweaver was hiding behind the Quonset, scared and chewed up.

I still feel the guilt for not being more careful but Dreamweaver is healing up quickly and back with the herd. And Eddie now needs a fairly permanent slow feeder.

And so, to the main subject. 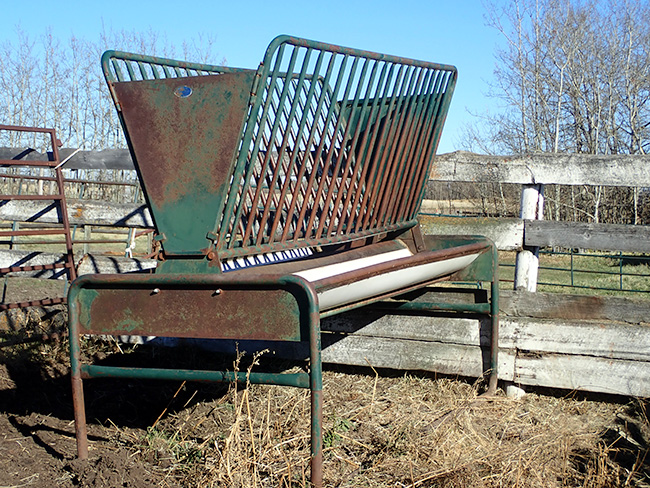 Eddie even digs up the quack grass roots in his pen so he can eat them. Like me he likes his food. 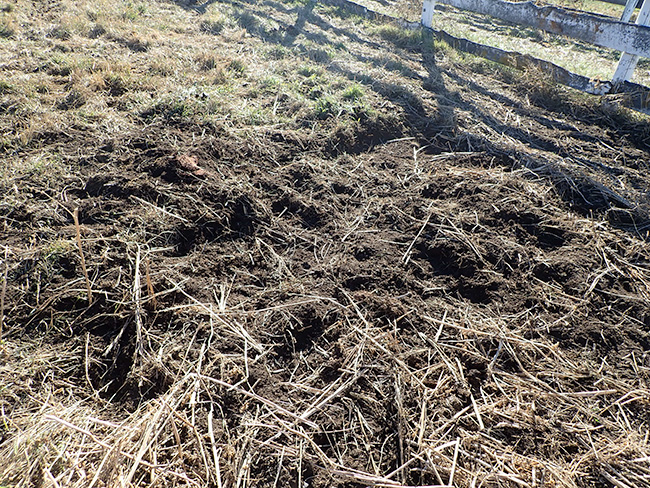 Eddie says: “Maybe we could find a slow feeder for Lynn?”. LOL