2017 has been a very good year in terms of recognizing Canadian breeders of American Quarter Horses. This year, Gordon B. Mason of Killarney, Manitoba, Pat and Eddy Sparks of Taber, Alberta, and Donald A. Woitte of Clive, Alberta were invited to an AQHA Hall of Fame and Museum ceremony in Amarillo, Texas to accept their Breeder Legacy Awards for having registered at least one foal for 50 consecutive years. The Mason family was able to attend the ceremony Unfortunately the Sparks family and Woitte family were unable to attend due to health issues. 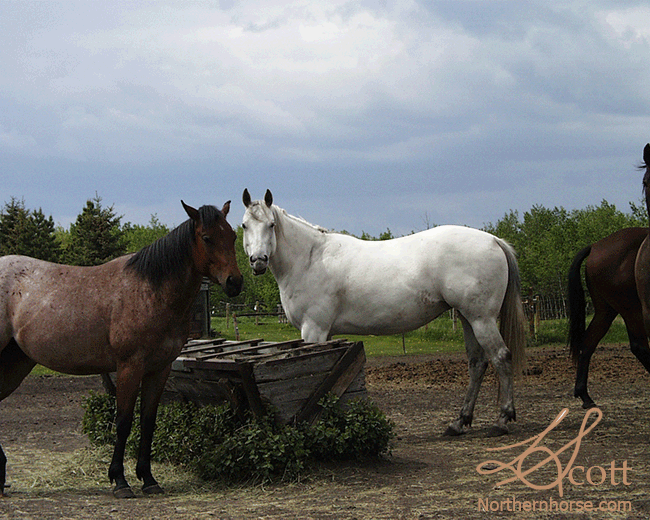 “The horse operation started as a hobby, but developed into a first-class business for my wife and myself,” he says. “We don’t have a large operation. It’s small compared to what most breeding operations are. At our peak, we ran about 45 horses a year – including about 20 broodmares – and now we’re down to about 15 horses, including eight broodmares. But we’ve done this a long time. We’ve bred about 800 mares during our 50 years in the business, some of them our own mares and some were outside mares.”

The Woittes call their operation Fintry Quarter Horses, named for a historic ranch that Don’s father cowboyed on near Kelowna, British Columbia. The first horse they registered under the name was Fintry Tom Cat, a 1967 sorrel stallion by Old Tom Cat. Horses that contributed to the Fintry program include Zella Hep, a 1954 mare by Leo’s full brother Tucson A that was out of Panita Lass by Little Joe The Wrangler, and she became the dam of AQHA Champion Jay Page and Leozella, a good show mare. Others were J A Bar Tango, a King Leo Bar mare who was the reserve junior performance mare in Alberta as a 4-year-old in 1972; and Fintry Miss Wimpy, Fintry Catechu Dan, Fintry Blue Ambrose and Fancy Partner, a Superior halter mare by Fintry Tom Cat who produced top-notch ranch horses. 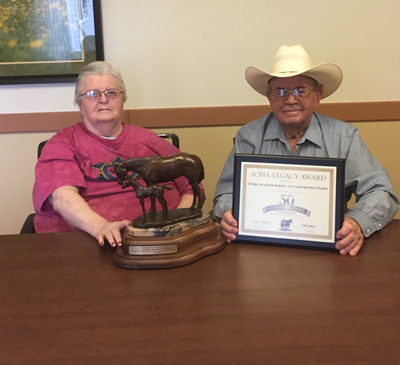 “When I first started attending rodeos in the late ‘40s, I was impressed by the horses that the timed-event cowboys were riding,” Eddy says. “They called them Texas Quarter Horses. Then, through the ‘50s, I broke and trained some of those horses for people who had acquired breeding stock from the States. A lot of those were by or descendants of Sleepy Cat, a son of Red Dog, that Jack Casement bred out of a Sheep mare. When I started calf roping at rodeos in the ‘50s, it was those kind of horses that I wanted to ride and use.”

Those horses also taught him what constitutes a really good horse.

“My ideal horse would be 15 or 15.1 hands, weighing around 1,100 pounds,” he says. “He has to have good withers and a short back, long shoulders and hips, a clean neck and a nice head with a big, soft eye. He should have good feet and legs, be low in the hocks with short cannons, with Size 0 shoes and well-rounded, dark hooves. Color is not really important, but I do not like too many white hooves.” 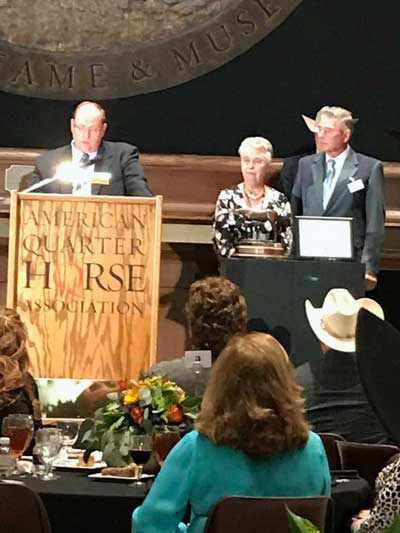 The Masons established their farm when the breed’s popularity began to grow in their home province of Manitoba. At peak production, the Masons owned approximately 68 broodmares, a considerable growth from their 17-head herd in 1966. Since 2010, they have downsized significantly, and currently have one stallion and six broodmares.

Although the Masons stood 10 stallions during their 50 years of breeding, one sire – their first – was particularly influential in their program. Mr. Blackburn 49, a 1963 bay stallion by Poco Eagle and out of Lady Cowan by Blackburn, who was shown in halter and reining, laid the foundation for their operation, siring nearly 300 offspring.